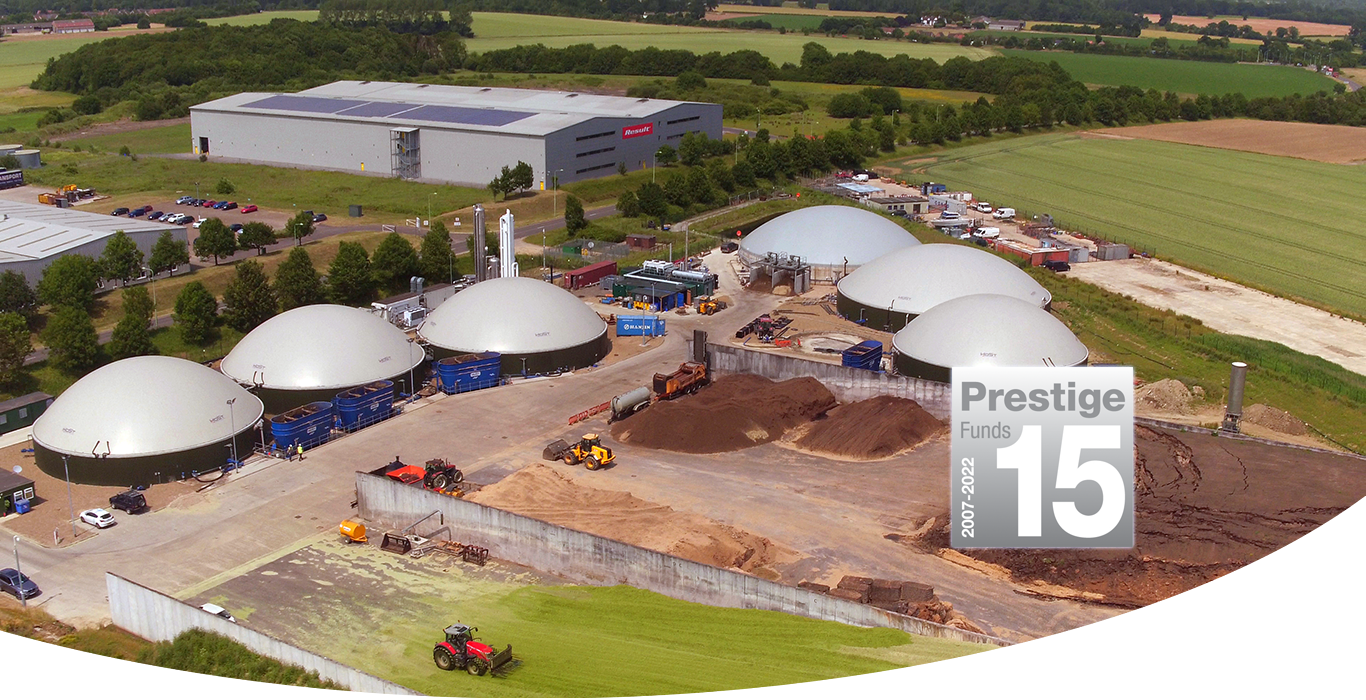 UK Energy Security Strategy: Why Biogas has an Important Role to Play

The UK government’s new energy strategy announced recently, aims to provide cleaner and more affordable energy to millions of UK homes. It represents a step change in the way the government will treat energy resources in the future and is intended to ‘supercharge’ the deployment of clean energy within the country.

It calls for an ambitious, quicker expansion of alternative energy sources, with the creation of more than 40,000 new jobs in clean industries, with a total of 480,000 jobs expected to be positioned in the sector by 2030.[1]

The policy move has been driven partly by spiralling energy prices and by the conflict in Ukraine and sanctions on Russia, which are concentrating governments on how they can wean themselves off fossil fuels faster.

Prices of renewable energy have been consistently decreasing, making them more competitive versus fossil fuels. The government’s own strategy focuses on some easy early wins in areas like nuclear power and efficiencies to be attained in offshore oil and gas, as well as focusing more on renewables.

The role of biogas, biomethane and green hydrogen is underrepresented in the strategy document. The UK will rely heavily on its short-term gas supplies from the North Sea, but investment in its biogas network remains an important part of any energy security strategy.

Bioenergy can play a big role: according to the Anaerobic Digestion and Bioresources Association (ADBA), with suitable support the UK could generate 5.7 billion cubic metres of biomethane a year in 2030, which would be enough to heat 4.5 million homes, in a much more sustainable way than fossil fuels can.[2]

ADBA reckons that, assuming a conservative improvement in plant efficiency of 25%, these figures could rise to 7.1 billion cubic metres. That’s enough to heat 5.5 million British homes.

As part of its own response to the crisis in Ukraine, the EU has already announced it will double its ambitions for biomethane production to 354 Terrawatt-hour (TWh) by 2030, to end its reliance on natural gas imports, especially from Russia. The UK should be able to follow this example, as it remains a world leader in biomethane technology.

According to ADBA, which wrote directly to Prime Minister Boris Johnson: “Last year, the UK imported 24.6 TWh of natural gas from Russia. With immediate government backing, this gas demand could be directly replaced with home grown biomethane within the next four years.”

ADBA thinks that by 2030 the UK’s Anaerobic Digestion (AD) sector could deliver its full potential, generating 5-76 TWh of biomethane; that’s over 2-3 times the amount of gas the UK currently imports from Russia.

Here at Prestige Funds, working closely with our lending operation, Privilege Finance, we remain one of the biggest providers of private loan capital to the UK biomethane sector. Institutional investors have already played an invaluable role in delivering loans for the construction of on-farm biomethane facilities, which also play a valuable role in consuming waste otherwise headed to landfill.

AD technology provides farmers and local communities with more tools to help them to reduce their carbon footprint than, say, solar or wind power. It produces digestate, a nutrient-rich fertiliser made from the organic matter processed by the plant. It can replace man-made fertilisers that themselves create harmful carbon dioxide gases when they are produced. Fertiliser prices have almost doubled, and the current war in Ukraine and the disruption to supplies caused by the pandemic will place increasing pressure on supplies. AD can deliver home-produced sources of fertilisers which can contribute to UK food security as well as energy security.